One day tour from Crete to Santorini island

There you will have the opportunity to enjoy the most spectacular view. As well as the volcanic surroundings, the colors of the sea and the traditional architectural style.

Santorini Island has featured on most blogs and travel agencies as one of the best destinations in the world.

Santorini is a place that does not need an advertisement. Surely each of you has come across pictures of this incredible island, which has become a showcase of the whole of Greece. Santorini is a volcanic island, with white and blue buildings located on a black, rugged slope. Such contrast makes the island look almost like a fairy-tale. In addition to the history of Santorini is associated with a legend. Apparently, after the eruption of the volcano, which took place around the 15th century BC, the part of the land sunk underwater and disappeared, this is thought to be the legendary lost Atlantis.

The trip from Crete to Santorini will let you admire breathtaking views, picturesque landscapes, and local villages. You will have a chance to see not only famous white houses but also uprising from the water volcanic crater. Additionally, you will walk in narrow alleys and relax on the black volcanic beach.

“The no1. tour destination from Crete” 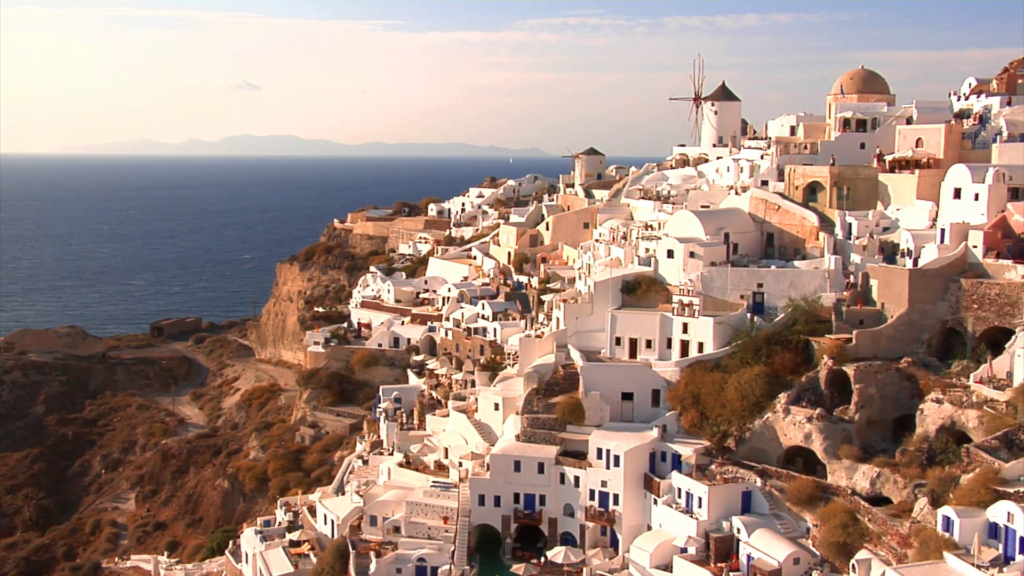 09:15 Departure from Heraklion to Santorini – With the luxurious and fast Santa Irini

12:00 Arrival in Santorini Athinios. – Departing from Athinios to caldera by bus, accompanied by guides who will be at your services throughout the excursion. There you will have the opportunity to enjoy the most spectacular view, including the volcanic surroundings, the sea’s colors, the sun’s sun, and the traditional architectural style.
OIA: The oldest village in Santorini. Stroll around it, small alleys and stone-built streets filled with culture and tradition. The harmony of the colors of the sea and the sun, and the wonderful view, bear the spirit of Hellenism and make Oia incomparable
FIRA: The capital of Santorini, where you have free time to explore the picturesque traditional little alleys.

18:00 Departure from Santorini to Crete.

In each of the above-mentioned places, you will have free time to explore the island by yourself, swim in the sea, or dine at one of the numerous restaurants.

Crete is a great starting point for visiting Santorini. The ship leaves from the port of Heraklion in the morning and returns in the evening. Other ships are also working on the route between the islands, but we recommend going for speed and comfort. Santorini’s tour is fully organized. We provide a transfer to the port of Heraklion, tickets for the ship, care of the English-speaking tour guide, and a coach that will take you around the island.

In case one day tour to this paradise destination is not enough to book a 2 day trip from Crete to Santorini.

More about Santorini Island and its historical volcanic eruption.

The volcano of Thira didn’t simply produce a large hole on the island of Santorini, but radically modified the history of the ancient Mediterranean, as a train changes its rails and is heading for a full new direction.

Minoan civilization, the dominant civilization of the Mediterranean at that point, folded as a result of this eruption, in step with historians, definitively dynamical the political landscape of the traditional world. The environmental changes that have taken place are felt throughout the planet, even reaching China and probably North America and Antarctica.

But the epic of imaginary place and therefore the history of Biblical wounds with the next exodus from Egypt square measure coupled with the epic, however destruction.

Historians and archaeologists seem to agonize regarding the date when the volcano of Thera exploded, with a date somewhere between 1645 and 1500 B.C.. From varied studies administered within the ashes that remained at the bottom of the ocean, it was found that once the volcano exploded, the explosion that was caused was the strongest that ever happened within the times of humankind.

There is no proof of what really happened on its day, however scientists square measure ready to compare the analytical recordings of the explosion of the illustrious Kakarato volcano in the state in 1883.

The eruption of Thera volcano was four to 5 times stronger than that of Krakatau, in step with geologists, whereas its energy corresponds to the synchronous explosion of many atomic bombs in fractions of a second.

The fact that no valuable part to assist with the study of the volcano, like metals or perhaps human remains, suggests that the inhabitants of Santorini had foretold the explosion and had exhausted the island. sadly, however, the culture failed to have a similar fate.

Based on the neighboring island of Crete, the powerful culture suddenly bust down when the eruption of the Thera volcano. in step with historians, the tsunamis that caused it’s troubled its service fleet and coastal villages. The autumn temperature caused by the massive amounts of sulfur dioxide released into the atmosphere led to cold for several years and rains throughout the summer months, destroying the crops. The deadly combination affected each powerful Minoan fort in but fifty years.

In a terribly short amount of time, peaceful and effective sovereignty gave them an area within the warring city-state system of Ancient Greece, that currently dominated the Mediterranean, whereas the Aegean was the foundation stone for the history of Europe. 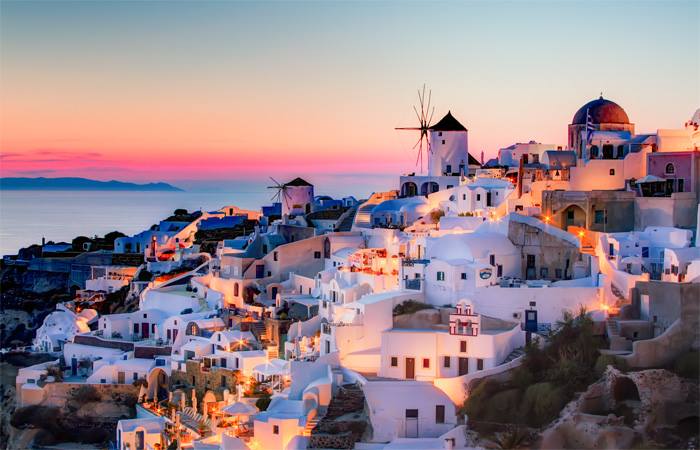 It sure was a beatiful and romantic place to be.. cosmopolitan and traditional at the same time… i would love to go back!!

Is this heaven?? I think so! This is the most beautiful island I have ever been!! The boat was very quick as we arrive in less than 2 hours.. everything was perfect!!

You made my dream come true! Santorini is gorgeous! The tour was organized great, and I had enough time to enjoy famous views of Oia and Fira!

Anyone know if bus collects from hotel ?

Hello Hayley,
Yes, we offer free transfer from many places in Crete including Hersonissos, Malia, Stalis, Gouves, Analipsi, Anissaras and other.
You can email us at info@goxploretours.com for more information.
Thank you

Santorini was really beautiful place! The tour was organized good, may could be more time to enjoy the views of Oia and Fira, we have 1 day tour and unfortunately only 1,5 h in Oia and 1,5 h in Fira. For next visit may will better two days trip for enjoy this beautiful place… Because we were there in rush-hour and the aisles was really awfully crowded….We were also in Santorini Volcano Island where we had time for swimming in sourc of volcano. It was really nice experience. Thank you for this trip :-).

I will come to Crete in August and I would like to do this tour, is it still available this year ?

Thank you in advance 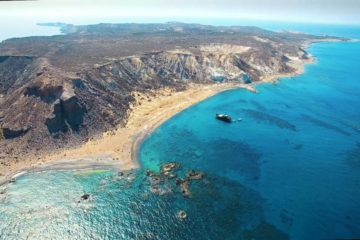 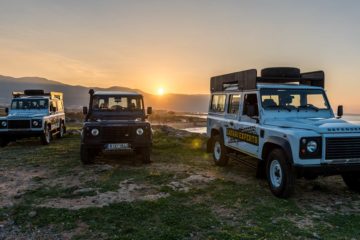 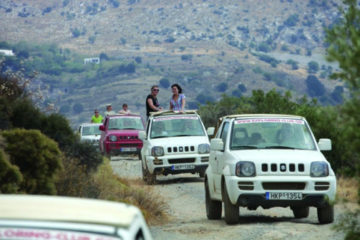 After safety information we get in the
€162.00
One tour per person
TOP Sale!